Thanks go out to Elizabeth for keeping The Second on the Second going.  Be sure to visit her HERE.  This is the post I'm bringing back for a second look.

One of the things I was thinking about with the beginning of this new year is the Goddess Hekate (or Hecate) from Greek mythology.   Hekate is associated with a crossroad or a new path and often a new  year. 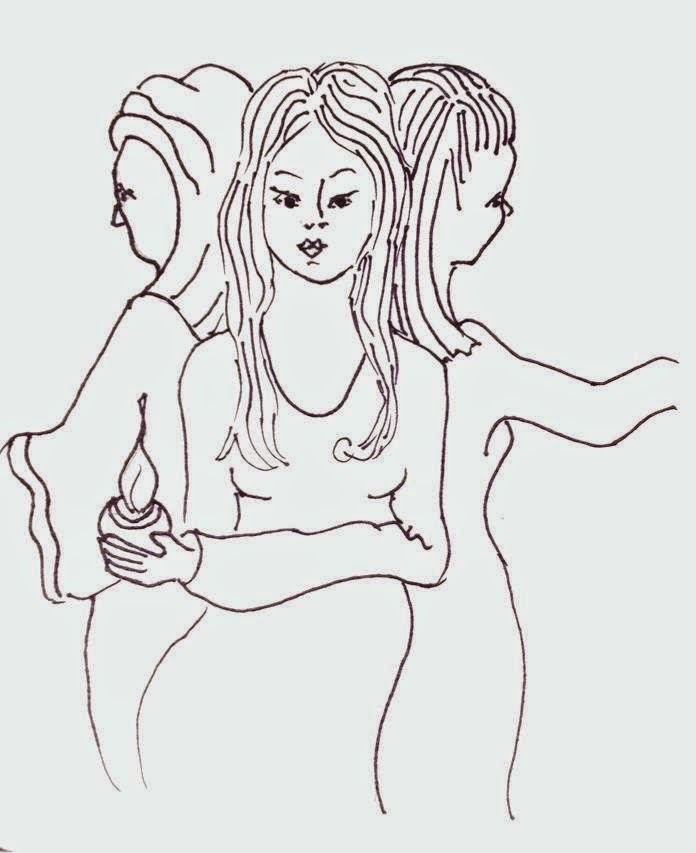 Hekate
pen and ink on mixed media paper
Hecate is most often depicted as having three heads, or three separate forms. That of a young maiden, a mother, and a crone. This symbolizes the cycle of life.  She often carries a torch. I suppose that is to light the way.
While there are many other symbols associated with the goddess, those are the features I chose to illustrate.  I have an admittedly superficial knowledge of Greek mythology.  I do find it interesting though.
Are you familiar with any of the old myths?
Posted by Darla at 9:00 AM 3 comments:

Email ThisBlogThis!Share to TwitterShare to FacebookShare to Pinterest
Labels: Second on the Second, Sketches

I am cautiously opening the door to 2021 and wishing all my friends a Happy New Year. 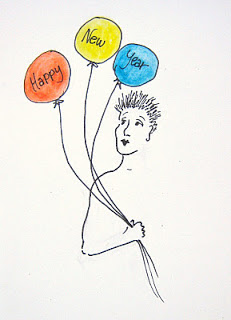 pen and ink with watercolor